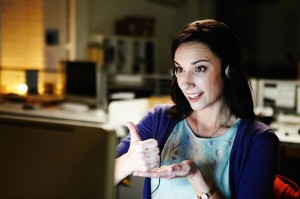 Erin James as Monica in The Little Death

\r\n\r\nJosh Lawson’s feature film The Little Death is now open in cinemas across the country starring Erin James, TJ Power, Damon Herriman, Patrick Brammell, Lisa McCune and Lawson himself.\r\n\r\nReviews for the film have consistently singled out Erin James as a standout performer in the film, and David Stratton from ABC’s At The Movies praised Erin’s work on the review program, saying:\r\n\r\n”James is simply wonderful as the rather shy young woman and this section alone is worth the price of admission. It really makes the film.”\r\n\r\nWatch the review here\r\n\r\nThe Little Death is playing in 30 cinemas across Australia. Click on the image below to find your closest cinema.\r\n\r\n 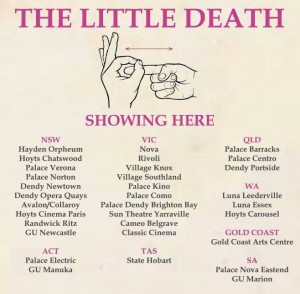