Enda Markey’s acclaimed production of Blood Brothers enjoyed a sell out season at Hayes Theatre Co and is now confirmed to be touring to Melbourne for a limited season at the new Alex Theatre, St Kilda from 16 July, 2015. Erin will be touring with the show in the role of Donna Marie. Original cast […]

Erin will be joining the cast of CATS the Musical for the 2015 South Korean tour as the kitten Electra. The show will play at Sejong Grand Theatre, Seoul until 10 May 2015 and will tour various cities in South Korea until June 21, 2015. 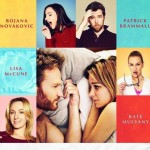 Following her AACTA award nomination last December, Erin has been honoured with a second nomination for her performance as Auslan interpreter Monica in Josh Lawson’s debut feature film The Little Death.  The Film Critics Circle of Australia this month announced 54 nominations across 12 categories ahead of an awards ceremony scheduled for Tuesday 10 March, 2015, and Erin […]

Erin joined host John O’Hara on AussieTheatre’s podcast Ticket A42 to talk about Blood Brothers, The Little Death, her AACTA Award nomination and life in the arts. Check out the show notes and podcast HERE or download on iTunes.

\r\n\r\nErin has been honoured with an AACTA nomination in the Best Supporting Actress in a Feature Film category this week for her role in John Lawson’s The Little Death.\r\n\r\nAlso nominated in the category are fellow The Little Death cast member Kate Mulvany, Susan Prior (The Rover) and Jacqueline McKenzie (The Water Diviner) .\r\n\r\nThe Little Death […]

\r\n\r\nJosh Lawson’s feature film The Little Death is now open in cinemas across the country starring Erin James, TJ Power, Damon Herriman, Patrick Brammell, Lisa McCune and Lawson himself.\r\n\r\nReviews for the film have consistently singled out Erin James as a standout performer in the film, and David Stratton from ABC’s At The Movies praised Erin’s work […]